Environmental monitoring and control in the data center is usually assumed to be synonymous with temperature control: how to make sure the air is at the optimal temperature at each place. Temperature, however, is only one of the two key parameters that determine the quality of air. Its twin, humidity, is much less understood.

As air is cooled, its relative humidity increases until it reaches 100%, at which point water will start condensing. That temperature is known as the dew point. If you cooled your data center below the dew point temperature, it would get foggy! The dew point is a great parameter to track because it is absolute - a given mass of air always has the same dew point, no matter what temperature it’s measured at. The dew point of air is the same when it’s entering your server on the cold side or leaving it on the hot side (unless, of course, you have a sprinkler system in your server...). The only way the dew point of an air mass can change is if water is extracted (e.g. by cooling it below the dew point, which is why there is condensation within the HVAC system) or added (e.g. due to humidification or more humid outside air being mixed in). 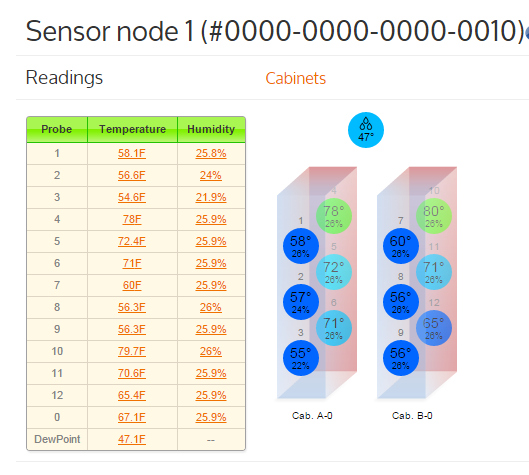 Screen display fragment from the Packet Power EMX system, displaying dewpoint temperature and spatial temperature and relative humidity distribution within the cabinet. All data on this screen has been obtained from a single E312-H000 monitoring device. 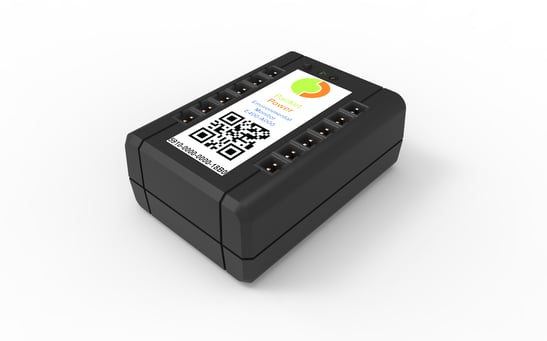 Packet Power E312-H000 wireless 12-channel temperature, relative humidity and dewpoint monitor. It can be powered externally for from batteries.