Involta needed a monitoring system that could meet the needs of their
new and existing facilities. Packet Power delivered.

When equipping its facilities in Duluth, Minnesota and Akron, Ohio, Involta had very specific requirements. As a multi-tenant data center, the company needed to track its power consumption at the cabinet level for billing purposes as well as for its own capacity-planning needs. The information had to be highly accurate and specific to each client. It also had to be obtained using hardware that integrated well with the unique power-distribution design in those newer facilities. Packet Power was chosen because it met all these needs.

At the Duluth data center, Involta focused on monitoring power usage. At the Akron facility, Packet Power was initially brought in for power monitoring, but Involta is now also exploring how Packet Power can help track temperature and humidity in that data center. Packet Power’s products are also widely used in the Tucson, AZ and Boise, ID data centers.

In eight facilities located across five states, Involta runs co-tenant data centers and IT solutions for clients with com-plex and diverse needs. At its initial facility in Marion, Iowa, Involta used a branch circuit monitoring system deployed at the power sub-panels. When designing two newer data centers—located in Duluth, Minnesota, and Akron, Ohio—the company used a different power-distribution design. They implemented STARLINE Track Busways, which use overhead busways to deliver power to drop circuits above the rack level. Involta needed a power monitoring option that was more robust than they had used at the Marion facility, a system that would integrate well with the busway design and easily monitor and report back on power consumption.

Involta is an award-winning provider of enterprise-class, multi-tenant data center and managed IT services for clients nationwide. The company is expanding steadily. With eight facilities located across five states, Involta serves a growing list of diverse clients from industries that include oil and gas, manufacturing, Web development, city municipalities, medical organizations, financial institutions, green energy and retail. These businesses, with revenue in the millions to upwards of five billion, depend on Involta to efficiently, effectively and securely deliver solutions for their data and IT needs.

Involta saw in Packet Power a system that:

Don’t have time to read the whole case study?

How about a copy to-go? Just fill out this quick form and read it when it's convenient for you.

What Does the Future Hold for Involta and Packet Power?

Environmental monitoring is critical to Involta and is one of the company’s SLA metrics for delivering service to their customers. Involta guarantees certain server inlet temperatures that are in alignment with ASHRAE standards.

At the Akron facility, Data Center Manager Tom Lang is getting ready to implement environmental monitoring. His facility currently does monitoring through pre-set inlet and return sensors that are in the facility’s mechanical systems. As the company has gained customers and use of the data center has increased, so has the need for accuracy in humidity and temperature reporting.

He will be turning to Packet Power for help.  Lang explains that, “it makes sense to continue working with Packet Power. We invested with them regarding the power side, and it’s worked well, so why not explore the temperature and humidity side as well?”

Packet Power is proud that its partnership with Involta has grown to include their Tucson and Boise facilities, and both companies look forward to continued growth in the future. 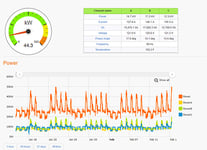 By focusing on products that are easy to install and manage, Packet Power makes it easier and less expensive for critical facilities managers to get the information needed to lower costs, avoid outages and improve operational effectiveness. 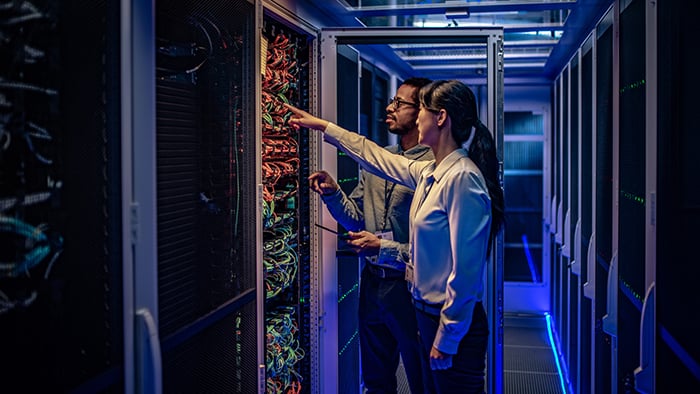